When the Comfort Zone is Not so Comfortable 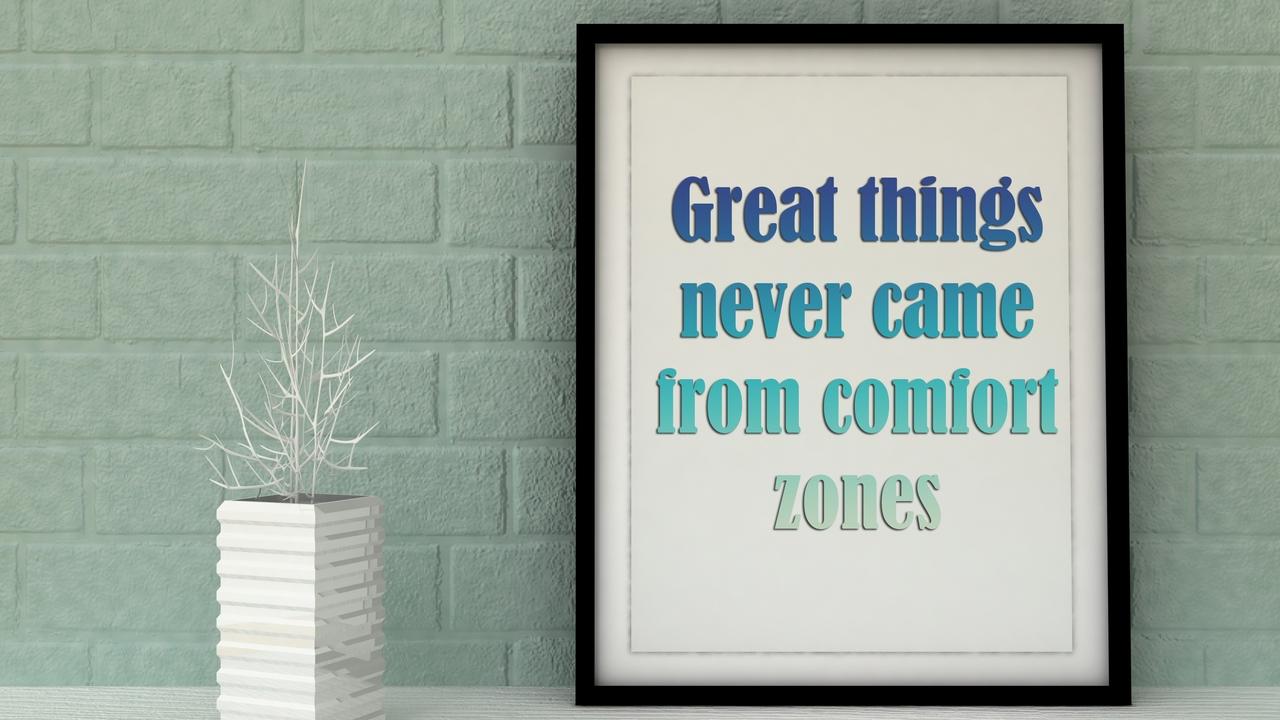 As a coach, I come across a lot of clients who want support as they venture into new areas – either at work or in their personal life – but are struggling to take the first step. Whether they’re preparing to apply for a promotion, want to perform well at an interview or are about to step up and lead a new high-profile project, most of my clients share a similar challenge – the fear of stepping out of their comfort zone.

Alice was one such client. As Deputy Director of a growing retail outlet, three years of steady growth had been followed by an unexpected slump in sales, resulting in a major financial loss. The issues were complex, and I was called in to help Alice review and overcome the challenges she now faced.  Her biggest challenge was a lack of self-confidence and a sense of shame (because she blamed herself for the loss – even though the executive team were insistent that this was not the case).

Alice’s lack of confidence showed up in many ways and caused her to procrastinate over decisions, to keep quiet when she knew she should speak up and to put her own needs (and ideas) to one side.

At one coaching session Alice explained that she was planning to attend a board meeting that afternoon, but she was feeling anxious about putting forward her suggestions, even though she was convinced she had a breakthrough insight to share. She felt vulnerable, scared and even doubted that she should even be in her position. We were quiet together for a few minutes until finally she declared that she was happier to stay quiet and unheard than step out of her comfort zone to risk being hurt again.

Peter Senge, senior lecturer at the MIT Sloan School of Management has an interesting view on comfort zones. He has produced a three concentric circle model that shows the comfort zone in the middle of the diagram, surrounded by a zone of discomfort and then a third circle - the one beyond the discomfort zone, which Senge calls, the panic zone.

His theory suggests that, in an organisational context, managers should offer staff opportunities that will stretch them beyond what they’re comfortable with. This helps to develop skill, expertise and talent. A firm nudge may take them from comfort to discomfort, however, too much of a push will transport them into the panic zone, causing them to shrink back into the comfort zone and to build a thicker layer of protection around themselves.

I remember wondering why Alice would choose to leave her comfort zone if discomfort and potential panic were what awaited her.

The truth is, the middle circle is where we learn. Taking on fresh challenges and stepping up to opportunity helps us to grow as people as well as growing into elevated positions at work. Yes, there may be some discomfort in it, however, the mis-named comfort zone is just another word for ‘stuck’.

From what Alice was telling me, I recognised her imposter syndrome and gently challenged her by asking her to describe how comfortable her perceived comfort zone felt in this moment.

I wanted to bring Alice into this present moment because I was aware that she had a continuous stream of negative history running in her head and she was casting herself as the villain in her company’s story on a daily basis.

Neuroscience tells us that if we replay the same stories over and over again, we are hardwiring the circuits that then play out in our behaviours.  More than this, we get emotionally connected to the stories we tell ourselves and our brain is not designed to separate reality from illusion. Therefore, whatever we think and imagine about ourselves, our brain reads as true and creates the wiring to support our inner story.  With mind and emotions working in tandem, we are conditioning ourselves to align to our perceived sense of self and, in Alice’s case, this current sense of self was undermining her ability to operate at the level her position required.

Having reconnected Alice to the present moment, she was able to see that the comfort zone she was currently in – her current reality – was not entirely comfortable after all. Was she willing to try looking into the future in order to change what she currently envisaged as her potential future? She nodded – she was ready to step out of this mis-named comfort zone.

Hebb’s Law states that, “Neurons that fire together, wire together” and Alice had been firing and wiring her past difficulties along with her current feelings and behaviours for a while.  It was time to shift her perspective and change the narrative that she was currently replaying on a continuous loop.

Having moved from being locked into the past, we moved from our present positioning to imagine what possibilities could lie ahead in the future.   Having emotionally engaged with the fears of what might happen in the future if her perceived shortcomings continued showing up, I invited Alice to imagine a different future, one where things turned out exactly as she wanted them to, as if she was the director of her future.

Going beyond the comfort zone in our imagination allows us to imagine any possibility without having to worry about reality or other people’s opinions.  It is our imagination and we can visualise any future we like.

We spent some time where Alice shared her hopes for the company, her vision of success and a new rhetoric of where she was showing strong leadership. This led to her imagining some exciting scenarios where her team were winning awards, bringing the company back on track and she could see, in her mind’s eye, people standing to applaud her efforts and successes. It was a good vision; building a strong connection to a more successful future rather than continuing to reinforce the links to her past experiences (i.e. the failed Deputy Director story was playing continuously in her head).

Moving outside our comfort zone begins with self-awareness - becoming aware that we are stuck and that we are non-consciously conditioning ourselves to stay stuck; bound by the fears and anxieties that came from faulty wiring in the first place.

The first step to getting 'unstuck' is making a conscious decision about how you want your future to be, and stepping out of the comfort zone to where possibility awaits. And once you've made that decision, the possibilities are literally endless!

Are you feeling stuck in your comfort zone? I’d love to hear from you! Simply drop me a note to [email protected] and I’ll respond as soon as I can.

Fill in your details below and you'll never miss an update.